So I gotta start off with a confession.

Clearly, I had not quite mastered the “modest is hottest” mantra (which, after child #2, is a much easier lifestyle choice.)

The reason I feel the need to lay this out to the public blogosphere is that the enemy has used this to shame me from my calling, and I wonder if anyone can relate.  It’s been a couple of years since the Lord pressed upon my heart the desire to write and teach.  Even to type it out now leaves me feeling, well, naked.  I tread lightly.  “Not many of you should become teachers, my brothers, for you know that we who teach will be judged with greater strictness” (James 3:1).  The thought makes those vegan, dairy-free, gluten-free chocolate chip cookies I just scarfed wanna hop back up my throat.  My husband, my dear friends, my mentors, my family…they all knew that the Lord had called me to write (partly because I couldn’t shut my big mouth about it…however the Lord knows this about me and has chosen to tell me anyway, so I figure it’s my accountability).  Problem was, I wasn’t doing it.  And no one could figure out why.

The darkness in the front of my brain behind my eyeballs was carrying a deep root of shame.  After all, how could someone whose heroes were John MacArthur, Piper, Chandler, Bethy and Kay be so….stupid?  Shallow?  Attention-mongering?  And how ridiculous is it to go vote with my four-month old and see my swimsuit shoot plastered in the polling place’s garage?  How could I possibly stand up and wag my finger at other Christian women and tell them how awful they were for seeing Magic Mike…when I was part of the problem myself?

Welp, we’re just gonna go ahead and extinguish them there flamin’ arrows right now.  It wasn’t right.  It’s not okay.  I don’t want my daughters doing the same thing (that is…unless the girls get some godly uniforms happenin’…but I digress).  But did I learn?  Yup.  And what the enemy meant for my harm, God meant for my good.  Why?  Because of this little phrase called “progressive sanctification.”  I’ve learned it the hard way.  And I’m here to knock it into your brain so that you don’t have to.

You see, mine is not a story of being saved by Amazing Grace and then radically altering everything in my own power and being a perfectly moral, good little Christian happily ever after. Nope.  My. Story. Is. MESSY. And it ain’t over yet.

Lock arms with me, girlfriend, as I flesh out my flesh and kill my sin and show you it’s ugly, putrid, rotting carcass.  Time to get real and admit the grotesqueness of our imperfection.  Time to be the same on Sunday as we are on Wednesday.  Imma be callin’ it out.  Rock the road with me.

1 thought on “Well Aren’t You Something” 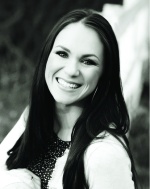 Get Blog Updates in your News Feed

Get Blog Updates in your News Feed